Eighth Week of Pregnancy: What to Expect

Week 8 of Your Pregnancy

The eighth week of pregnancy is a stage of great changes: the embryo continues to form its organs and, in addition, the placenta acquires its full functionality to begin to nourish it.

Nevertheless, a tiny human being is already recognizable in the 8th week.

On the other hand, the woman may notice that her belly has grown a little or feel tight clothes at 8 weeks, although this is not evident in all cases.

The embryo at 8 weeks

In the eighth week of pregnancy, the embryo continues to grow rapidly. Its head is much larger than the rest of the body, which is already beginning to lengthen and take on the shape of the future baby.

The embryo’s facial features are already more evident: the nose and upper lip form, the ears begin to take their shape, and the eyes are covered with the skin that will form the eyelids.

The size of the embryo at 8 weeks of pregnancy is about 13-18 millimeters and can weigh about 3 grams.

A very important change that occurs in the eighth week is the formation of the skin of the embryo, which is translucent and reveals the skeleton still formed by soft cartilage. The heart already has four chambers, the aortic and pulmonary valves are differentiated, and the blood is pumped in a very strong and accelerated way, about 180 beats per minute.

In week 8 of pregnancy, it is also possible to see how the arms and legs of the embryo have lengthened, and it is possible to distinguish the hands and feet. In addition, the fingers begin to form, although they remain attached by membranes, and the elbows are already visible. As for the brain, it is not yet fully formed, but it is attached to the spinal cord and neural pathways are appearing.

Symptoms in the mother

In the eighth week of pregnancy, an important change occurs in the body of the expectant mother: the uterus begins to grow. This is not yet very evident to the woman because the belly has not yet swollen.

However, it is possible to feel discomfort due to the enlargement of the uterus, such as pins and needles and cramps in the belly and legs. Some women even experience sciatic pain as a result of the pressure exerted by the uterus on this nerve.
The woman may also continue to experience the typical pregnancy symptoms that have accompanied her during the previous weeks, although these may gradually disappear. They are discussed below:

Some of these symptoms are related to the hormonal changes that the woman has undergone in recent weeks, and all are completely normal.

Your body in the 8th week of pregnancy

You are now 8 weeks pregnant and from now on, check-ups will be once a month. Only in the last two months of your pregnancy will you be examined more often until the birth. During your first check-up, your gynecologist will determine, among other things, whether you have what is known as a high-risk pregnancy and therefore require additional appointments. For example, high age of the mother (35 years and older) is considered a risk, but also previous illnesses or complications during a previous pregnancy lead to an assessment as a high-risk pregnancy.

The most exciting moment of the examination for you will probably be the ultrasound. Since your belly will probably not yet be much to look at in the 8th week, the thought of carrying a little creature inside you is probably still quite abstract. The ultrasound makes it visible and once again confirms your pregnancy. It also provides information about whether it is possible of multiple pregnancies. In addition, the length of the embryo can be measured, and thus the exact age can be determined. This in turn will determine your due date. During your pregnancy, there will usually be an ultrasound examination in each trimester – that is, a total of three.

As pregnancy progresses, women should pay more attention to the care that their bodies need, not only to combat the most uncomfortable symptoms but also to promote the healthy development of their future baby.

To this end, we are going to discuss some very useful tips that should be followed throughout pregnancy:

The most important nutrients for pregnant women are folic acid, iron, calcium, iodine, zinc, vitamin D, and omega 3 fatty acids. It is also very important not to skip any meals and to drink plenty of water throughout the day.

It is very important to wash hands and utensils thoroughly before preparing food, as well as to clean fruits and vegetables before consumption. In addition, meat and fish should be cooked well, and raw food should be avoided so that there is no risk of toxoplasmosis or listeriosis.

Toxic habits such as tobacco, coffee, and alcohol should be eliminated from daily life, especially now that the baby’s nutrition depends on maternal blood and the placenta.

Moderate exercise is very important to maintain a healthy pregnancy, as it helps to combat fatigue and other symptoms provides energy and strength for childbirth, and helps to maintain the right weight. The most recommended sports for pregnant women are yoga, Pilates, swimming, or daily walking.

✅ Why am I 8 weeks pregnant if the fetus is only 6 weeks old?

The weeks of pregnancy begin to be counted from the woman’s last menstrual period. Therefore, they do not correspond to the gestational weeks of the embryo. Normally, when the woman is 8 weeks pregnant, the embryo is 6 weeks gestational.

✅ To which month does week 8 of pregnancy correspond?

The eighth week is the last week of the second month of gestation. Therefore, at 8 weeks of pregnancy, the woman is exactly 2 months pregnant. To find all the information about this month, you can click on the following link: Two months pregnant.

✅ Is it possible to travel or fly by plane in week 8 of pregnancy?

Yes, in principle, there is no problem traveling, whether by car, train, or plane, at this stage of pregnancy. Women who decide to go sightseeing during their pregnancy should be careful to stay well hydrated and take as many breaks as necessary to avoid fatigue.

8 Week Pregnant - What to Expect? - Video 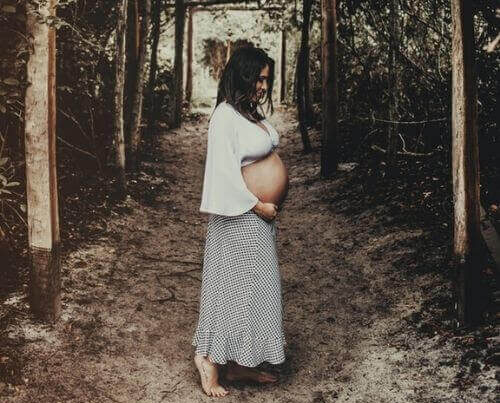