Fifth Week of Pregnancy: What to Expect

Week 5 of Your Pregnancy

At the latest now, with the absence of your period or a positive test in your hands, you will know: you are pregnant!

Mathematically, you are in the 5th week and your baby is already 3 weeks old. If your partner is not yet in on your little secret, now is the right time to announce the pregnancy to him. You’re probably still overwhelmed by the news – after all, this is the start of a new chapter in your life. Don’t worry: you still have plenty of time to get used to the idea that you’ll soon be a mom.

5th Week: development of the baby

An elongated strand forms from the multiply divided egg cell in the 5th week. Nothing of the shape of a human being can be seen yet, even though all human characteristics are already laid out. During this week, the first and most important development takes place: the formation of the brain.

In addition, the first nerve cords, which will one day control all processes in the body of the little being, are now continuously formed. For this reason, they are particularly important, because without them no life would be possible.

During an ultrasound examination from the 22nd day after fertilization – from the 6th week of pregnancy – the activity of the heart could already be observed. At this stage, one might think that the little human being consists only of the heart. This is because initially, the most important organ is oversized. The rhythm at which the heart now beats is twice that of its mother.

Did you know that the exchange of oxygen during the entire pregnancy does not take place via the lungs, but exclusively via the placenta – the placenta? It is only when the baby takes the first breath that it supplies itself with it independently.

The expectant mom in the 5th Week

After the absence of your period and/or a positive pregnancy test, you will be seen by a gynecologist or midwife. Here, another test will be performed. The doctor will check that the egg has nested in the uterus and not in the fallopian tubes. The doctor or midwife will take a so-called medical history, which will clearly show your previous state of health.

The most common signs of pregnancy in the early stages are:

Tiredness and exhaustion have a grip on your body. Due to the strong change, it needs much more energy. Allow yourself some time off. During pregnancy, you must learn to take good care of yourself. Most women find the first trimester particularly stressful. You need a lot of sleep, breathers, and, ideally, someone to look after you a little.

Just when women learn that they are certainly pregnant, complaints such as nausea can increase. This is partly due to the rising hormonal levels (HCG) and partly due to the enormous emotional stress a pregnant woman goes through during this time. Read more about what you can do in case of excruciating nausea.

Tip: Often the nausea subsides somewhat if you eat frequent snacks such as pretzel sticks, rusks or porridge. When the stomach is busy, the nausea does not come through as strongly.

Again and again, you will now listen carefully within yourself and observe your belly. Women who have been working toward pregnancy and have gotten pregnant on schedule are just as surprised by this miracle of nature as women who didn’t expect to get pregnant. With all the worries and turmoil that such a message brings, the pregnancy-related hormones provide a feeling where joy always prevails. Because the expectant mother needs a stable psyche for the changes that will come her way.

You will notice on the display of your scales that you are gaining weight. From now on, your body will store reserves that it urgently needs for the pregnancy, for the delivery, as well as for the energy-sapping time after the birth. The weight gain is made up of fat storage, the weight of the amniotic fluid, placenta, breasts, as well as the weight of the baby. In the course, water retention could also occur, which can also lead to weight gain. In our weight curve calculator, you can check if your weight gain is within the recommended range.

The tips at a glance

Important to know at the 5th week of pregnancy

Tell your doctor or midwife about all medications and supplements you are currently taking. Especially during pregnancy, these should be carefully reviewed and weighed. Too many vitamins from certain groups can also be harmful now. There are special supplements for pregnant women that are adapted to the nutrient and vitamin requirements during pregnancy. Seek advice on which remedies are right for you.

Additional examinations in case of complaints

Ask your doctor or midwife whether an appointment outside the prescribed preventive examinations would be useful. Likewise, clarify to what extent the pregnancy-related complaints occur. For example, excessive vomiting can lead to a shift in the electrolyte balance, which can result in a deficiency of vital substances.

Your baby in the 5th week of pregnancy

The embryo is now already three weeks old. From the 22nd day of life, the little heart starts beating and pumps blood enriched with oxygen and nutrients from the placenta to the growing organs.

In the 5th Week, the embryo is about 2 mm in size and is equivalent to an orange seed.* From this point on, the embryo takes on an elongated shape and looks like a small tadpole. If you go to the doctor for ultrasound in the fifth week of pregnancy, you will see a small dot at most.

In the 5th week of gestation, the fertilized egg has formed different layers of cells in the uterus, which will take on separate tasks in the development of the baby in the future. 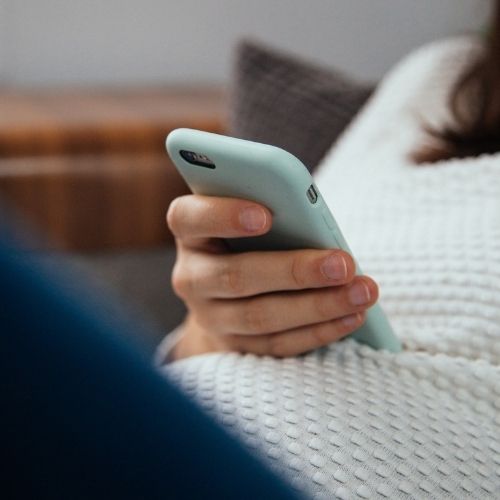 ✅ What precautions should be taken in 5th week of pregnancy?

Go to your doctor for your first prenatal test, if you haven’t done so already.
Ensure that you do not miss your prenatal vitamins which should contain a high level of folic acid.
Avoid junk food and replace them with a healthy diet. Drinking enough is also part of a healthy diet. Two to three liters of fluid are recommended.

✅ Does a baby have a heartbeat at 5 weeks?

Hearing a baby’s heartbeat for the first time is an exciting milestone for new parents-to-be. A fetal heartbeat may first be detected by a vaginal ultrasound as early as 5 1/2 to 6 weeks after gestation. That’s when a fetal pole, the first visible sign of a developing embryo, can sometimes be seen.

✅ Which fruit should I avoid during pregnancy?

Papaya– It tops the list for obvious reasons. Raw or semi-ripe papaya contains latex which can induce premature contractions and that can be dangerous for your baby.

5 Week Pregnant - What to Expect? - Video