Tenth Week of Pregnancy: What to Expect

Week 10 of Your Pregnancy

You have already entered the third trimester, which runs from week nine to thirteen, so you are about 2 and a half months along.

In the 10th week of gestation, your child loses its webbed feet – a legacy of our ancestors. In the 10th week, you yourself will mainly feel the influence of hormones on your skin and teeth.

If you want to keep your pregnancy up to date and know the exact months, I recommend that you monitor your pregnancy with a special application for it. It will be very simple, and you will know every moment what is happening inside you.

Development of the baby

Your tiny baby now has a head that is particularly large in relation to the rest of the body at this stage of development.

In the 10th week of gestation, the baby repeatedly raises its head and stretches out. It moves more and more frequently, yet these movements are still very uncoordinated.

At the end of the arms, where the wrist has already formed, little fingers with their limbs are now developing. The skins between the fingers and toes disappear completely by the end of this week of pregnancy, and the thumb and index finger separate from each other. The baby will soon be able to move its fingers as well, as it tries to make a fist. This is the first movement with his body, which already suggests coordination.

The development of the fingers marks the beginning of an important time for the baby in its preparation for life outside the womb. Soon the baby’s natural sucking reflex, which is essential for survival, will kick in. It trains this reflex by sucking its thumb.

The beats of the little heart are now so strong and powerful that they can be detected by your midwife with a dopton. If you are expecting twins, the midwife will hear two hearts beating.

The baby is now not as susceptible to malformations caused by outside influences. The most common malformations and maldevelopments occur before the 10th week of pregnancy. Thus, the risk of miscarriage also decreases now. However, this risk has not yet been completely eliminated. A rule of thumb says that with the completion of the 12th week of pregnancy, the critical phase is over and the risk of a miscarriage becomes smaller and smaller.

In the 10th week of pregnancy, all the important internal organs are formed, and the brain continues to develop. The neural pathways are also forming and refining so that the brain has something to do and can receive stimuli. An important stimulus for the baby is also hearing. For this, the outer structure of the ear, called the external ear, forms in the 10th week. This structure, the pinna, consists of cartilage tissue and acts like a funnel for the acoustic waves. From here, the different sounds are formed and transmitted to the brain.

Now all vital organs are created – your child is no longer called an embryo, but a fetus.

10th-week Ultrasound: What can be seen?

The fetus (10th week) is about the size of a raspberry. Lips and nose are clearly visible. Eyes and ears have almost their final shape. The feet are not yet very pronounced compared to the hands, in the 10th week of gestation. This is due to the fact that the child develops from top to bottom. With an estimated weight of 4.5 grams to 5.0 grams, the baby in your belly is still light as a feather.

Symptoms and changes in the mother at 10 weeks

In this week, the body is already getting used and stabilizing to the situation, so it will be here when we will begin to forget about the morning sickness that interrupts all morning activities. Perhaps this week the physical changes will be more noticeable, the belly grows, for the chest, you should have already bought another size. Surely, this week, you will pass by the mirror about 10 times a day to see your little curves.

As for internal symptoms, uncomfortable gas, dizziness, lightheadedness, loss of appetite … But at the level of hormones, you will remain the same or worse, so you will suffer noticeable changes in mood and self-esteem, but none of this has to do with poor health.

First, you should start taking a prenatal vitamin supplement in addition to folic acid and foods that are rich in folate or green leafy vegetables.

The foods with the highest level of folate that you should include in your diet are legumes (beans, beans, beans, beans, beans, chickpeas), asparagus, turnip greens, chard, cabbage, endive. But folic acid is also found in prominent amounts in meats or sausages such as chicken, beef, lamb, or pork liver. In addition, peanuts are also a rich source of this mineral, so if you need to snack between meals, this is a good healthy option.

Another thing you should keep in mind is that this week will follow the gases that can sometimes become annoying not only for the obvious but can also give us pain in the stomach. To prevent them, food has a lot to do. Try to avoid consuming fried foods or carbonated beverages.

A habit that reduces gas is to chew more slowly and carefully.

Important for you: This helps with constipation

In pregnancy week 10, many women are still struggling with hormonal changes. Every pregnant woman reacts differently to the changes in hormone balance: Some expectant mothers have brittle, weak hair or impure skin. Here it can help to use a different shampoo or skin cream. Or maybe you’re lucky enough to be one of those who enjoy particularly shiny hair and firm facial skin.

In the 10th week of pregnancy, your uterus is about the size of a grapefruit.

Maybe you notice that you can still zipper up your pants at the top, but it’s getting tight at the zipper? Then it might be time for maternity pants. They have an elastic waistband and leave enough room for your belly.
The growing uterus is not always to blame for the tightening pants. Many pregnant women have a bloated belly because they suffer from constipation. That’s because progesterone causes smooth muscles throughout the body to relax – including, unfortunately, those of the intestines.

If you suffer from constipation, these tips may help:

Important: Do not take laxatives without a doctor’s prescription.

That alcohol is taboo during pregnancy should be clear to you, as an expectant mother. You should be aware that even a “drop-in honor” can harm your baby.

It is also not true that drinks with a lower alcohol value, such as beer and wine, are not as harmful as hard liquor.

Your baby is developing by the second, minute, and hour, just steadily and around the clock from cells that are freshly developing. Alcohol acts as a cell killer. Adults, whose organs and brains are already fully developed, have a higher tolerance level to such poisons. Your baby, however, is at their mercy without protection.

In the first few weeks, the baby develops particularly rapidly. During this period, the first structures are formed that the child needs to survive outside the womb. The skeleton, musculature, and brain, as well as the Anlagen of important organ systems, are dependent on trouble-free development so that no malformations occur.

For this reason, you should completely abstain from alcohol from the time you learn that you are expecting a child. Even if you wish to have a child and a successful fertilization is absolutely to be expected, abstain from it already in the phase before conception.

There are other drinks that it is better to avoid: for example, ginger ale is not an ideal drink during pregnancy due to its high quinine content. This also applies to cola, because it contains caffeine and phosphoric acid, which has been proven to be able to decompose meat. In addition, most cola drinks contain too much sugar. These are empty calories that would unnecessarily drive your weight gain.

To avoid alcohol, there are also many drinks now available in bars and restaurants that are purely based on fruit juices and sparkling water. Try a drink with ginger, lemon, or lemon balm, which is especially good for your organism and psyche.

If you share the suffering of most pregnant women and suffer from indigestion and heartburn, then fennel tea can give you relief. 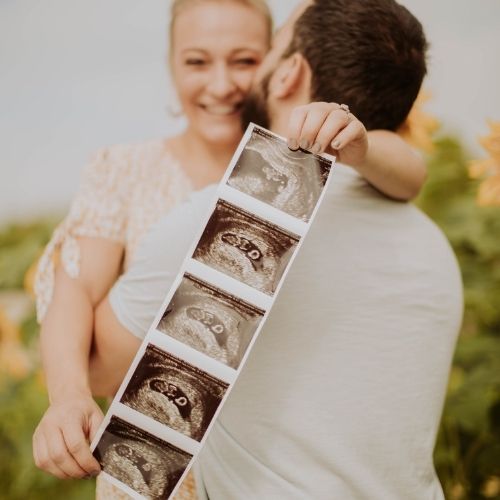 10th week: This is important now

Around the 10th week is the right time for the first of two dental appointments during pregnancy (the second should be scheduled around the 30th week). If you have had good teeth up to now, this will not change immediately with the pregnancy. But as a precaution, at least have the plaque removed.

In the period around the 10th week of pregnancy, thanks to the hormone progesterone, the blood supply to the gums and oral mucosa increases, and the tissue swells and loosens. This gives plaque bacteria and other harmful colleagues free rein and can cause inflammation.

Since the acid content in the saliva is also higher and thus the protective tooth enamel is attacked, you should have your teeth checked for caries. Amalgam fillings, however, are not a good idea, especially during pregnancy – there is evidence that they permanently release minute amounts of mercury, which could be absorbed by the baby through breast milk at the latest.

By the way, you are also allowed to see a doctor during working hours if it concerns examinations that are necessary for the context of pregnancy. This applies to private patients as well as to those with statutory health insurance.

✅ How likely is a miscarriage at 10 weeks?

In the second half of the first trimester, the rate of miscarriage was between 2 and 4 percent. Between weeks 13 and 20, the risk of experiencing a miscarriage is less than 1 percent.

No, you cannot feel the baby at 10 weeks pregnant. Typically, it will take 6-15 weeks more to feel the baby bump and the baby’s movements. If you are skinny or a seasoned mommy, you sense vibrations or flutters at 13 weeks.

✅ Is pregnancy safe after 10 weeks?

No ‘right time’ to tell. From a medical point of view, at 12 weeks, pregnancy is generally considered to be “safe”. While a miscarriage (or later, stillbirth) can happen at any point during gestation, the odds are highest in the first trimester.